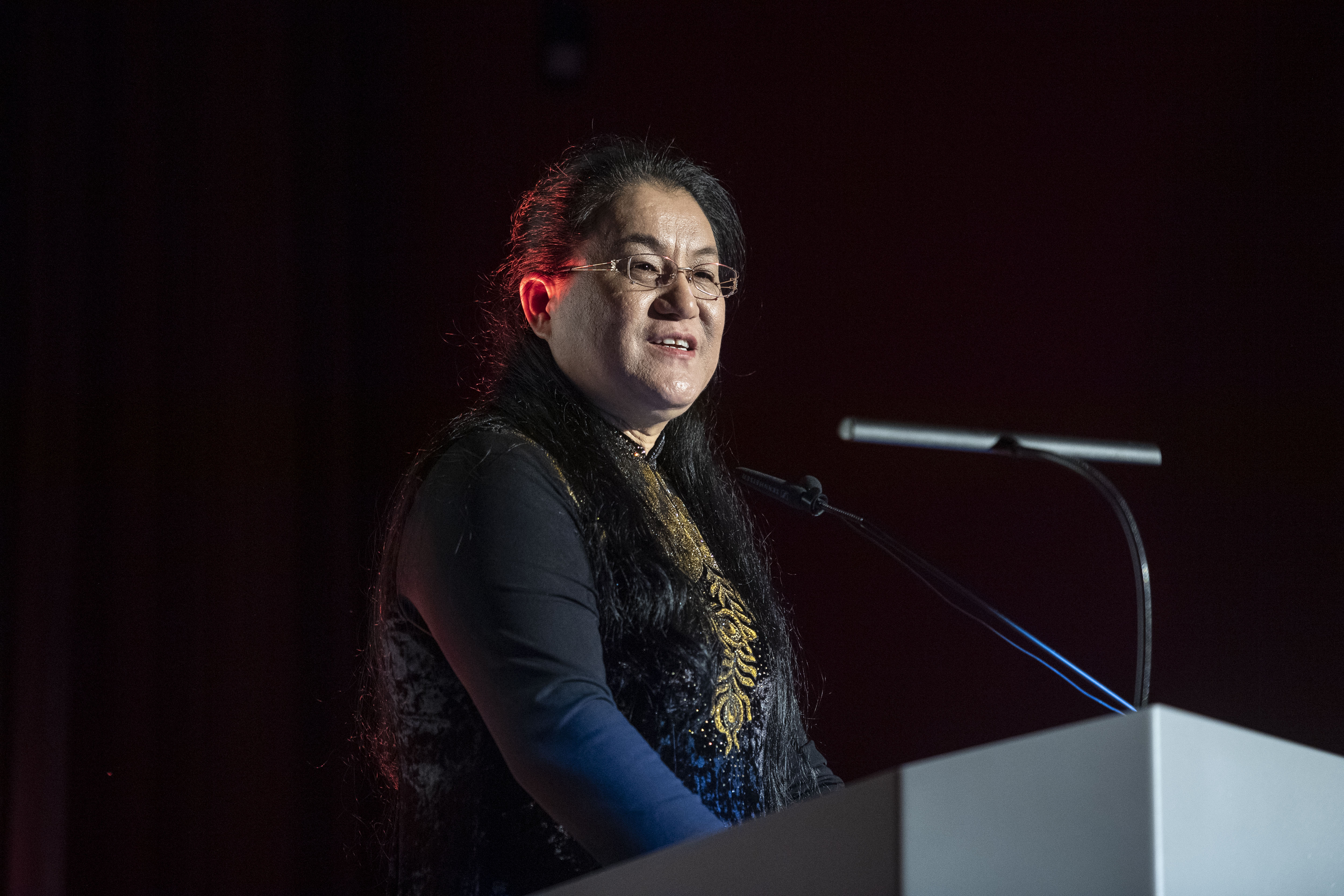 We are here for the fourth time to welcome everyone, I am very happy to see you!

A figure of speech that is often used in China, at this particular time is "Golden Autumn October", meaning that October is the season for harvesting. Goethe, the famous German poet, also wrote  “autumn is always our best time” (German original sentence – “Der Herbst ist immer unsere beste Zeit”). The 4th Golden Tree International Documentary Film Festival, which opened at its best, also ushered in a real harvest. This year, the organizing committee received 4,523 films from 126 countries. What makes us happy is not only the increase in quantity but also the feedback from the jury, that the level of the entries this year has further improved. We received so many good films, that it was difficult for the jury members to choose the winners, and they were hoping that the organizing committee will add more awards. I (here) solemnly tell you that the number of our awards will increase next year.

In the next three days, there will be six forums, 19 shortlisted film screening plays, and the Joint Meeting Hall, which will always be open for documentaries (means to the people related to the documentary industry). I hope everyone can enjoy conversations and achieve cooperation.

Different cultures may have a chasm, but their future is boundless. The Golden Tree Festival builds bridges across cultural divisions. People often tell me: "I really don't know how to cooperate with the Chinese." In fact, many Chinese people have the same confusion. How to solve this issue? For this year's Joint Meeting Hall, we organized the "China Pavilion" again. Nearly 10 Chinese documentary professionals in management, production, broadcast platforms and from institutions jointly participated in the Golden Tree Festival. Everyone can communicate with each other and have face-to-face discussions for cooperation.

Thanks for coming to such a wonderful night. I now solemnly declare:

I would like to invite Mr. Sun Congbin, Consul General of the Consulate General of the People’s Republic of China in Frankfurt, Dr. Renate H. Sterzel, Deputy Mayor of Frankfurt City and our friends representing the five continents:
Justin Deimen
Denis Harnois
Inadelso Cossa
Kathryn Bree Fitzgerald
Sean Farnel
Came on stage and water the golden tree together.