Host:
Guests:
On the afternoon of November 21st, the Forum on Cross-Culture: Documentary Production and Distribution was presented by the Golden Tree International Documentary Festival's Beijing Special Event, under the guidance of the Beijing Municipal Bureau of Radio and Television, in conference room 4, Beijing Exhibition Hall. This Forum was held both online and on-site and was hosted by documentary filmmaker, Yu Ming, a post-doctoral fellow in Film Science, and Professor at the School of Art and Media at Beijing Normal University. 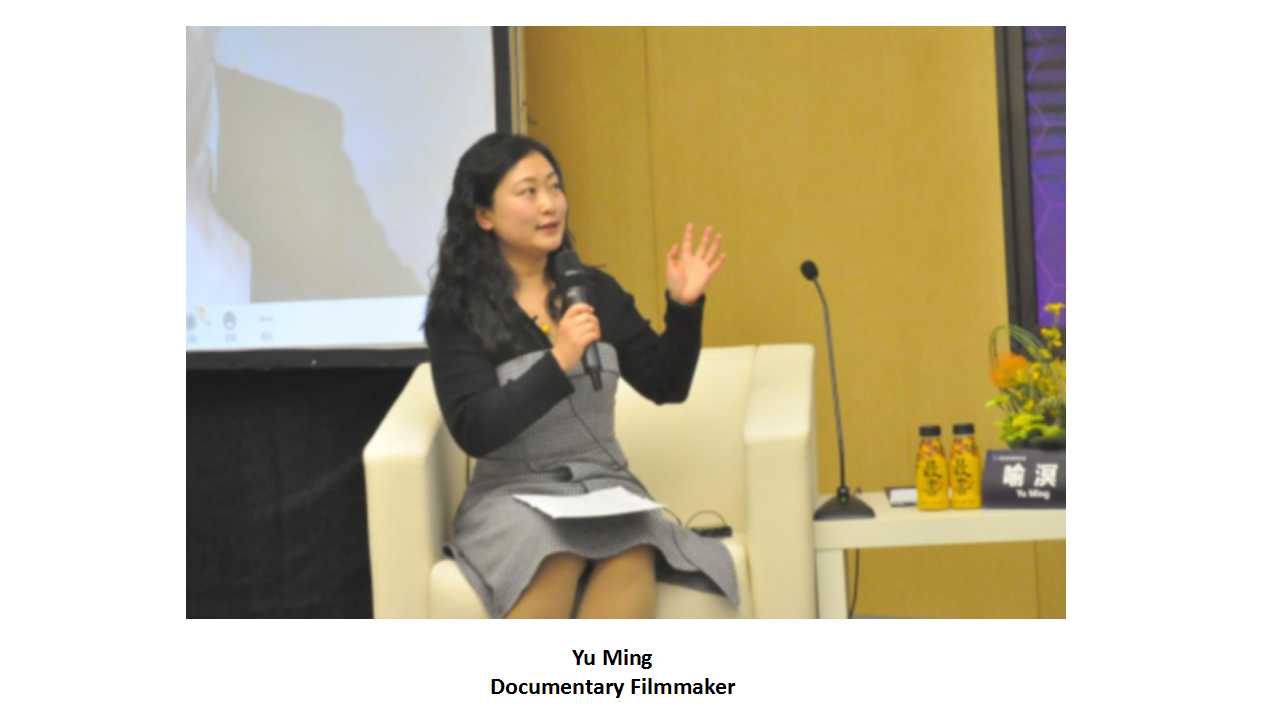 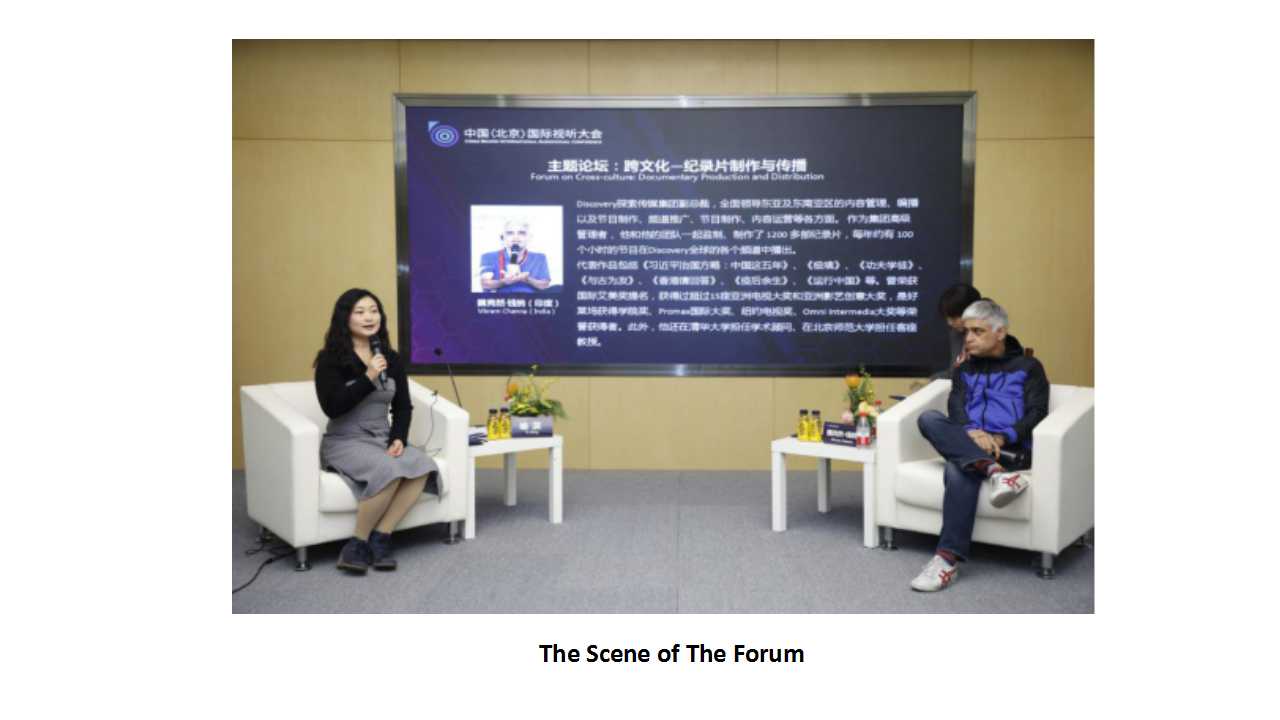 Today, mankind is facing a test of globalization: how to use documentaries to maintain communication and exchange between China and the world:
1. What is the most difficult part of cross-cultural documentary production and distribution? How best to design a cross-cultural apporach?
2. What kind of themes are appropriate topics for cross-cultural engagement?
3. What are the differences between a documentary's Chinese version and the international one? 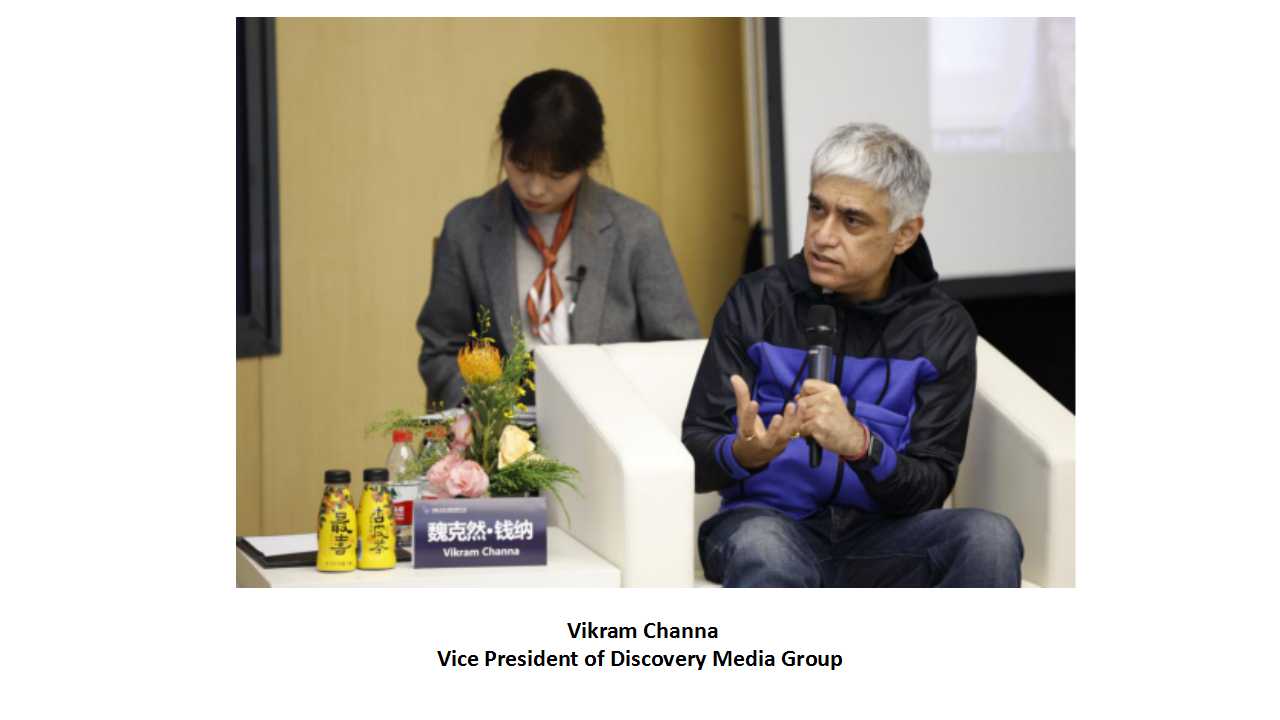 "For cross-cultural communication and exchange, mutual trust is the foundation," according to Vice President of Discovery Media Group Vikram Channa. He further stated, "Secondly, the process of telling stories and the way we tell them is also very important. The most difficult part of intercultural cooperation is the linguistic and geopolitical challenge. If you don't speak the language, you can't express it fluently and accurately.”
When it comes to cross-cultural themes, Vikram Channa says all themes are fair game, but there are some challenges. "For example, we made a film about President Xi's policies, and we adopted a new shooting method. We shot the film in a way that anyone could understand, combining Hollywood entertainment in the production, so that the audience would be more receptive." 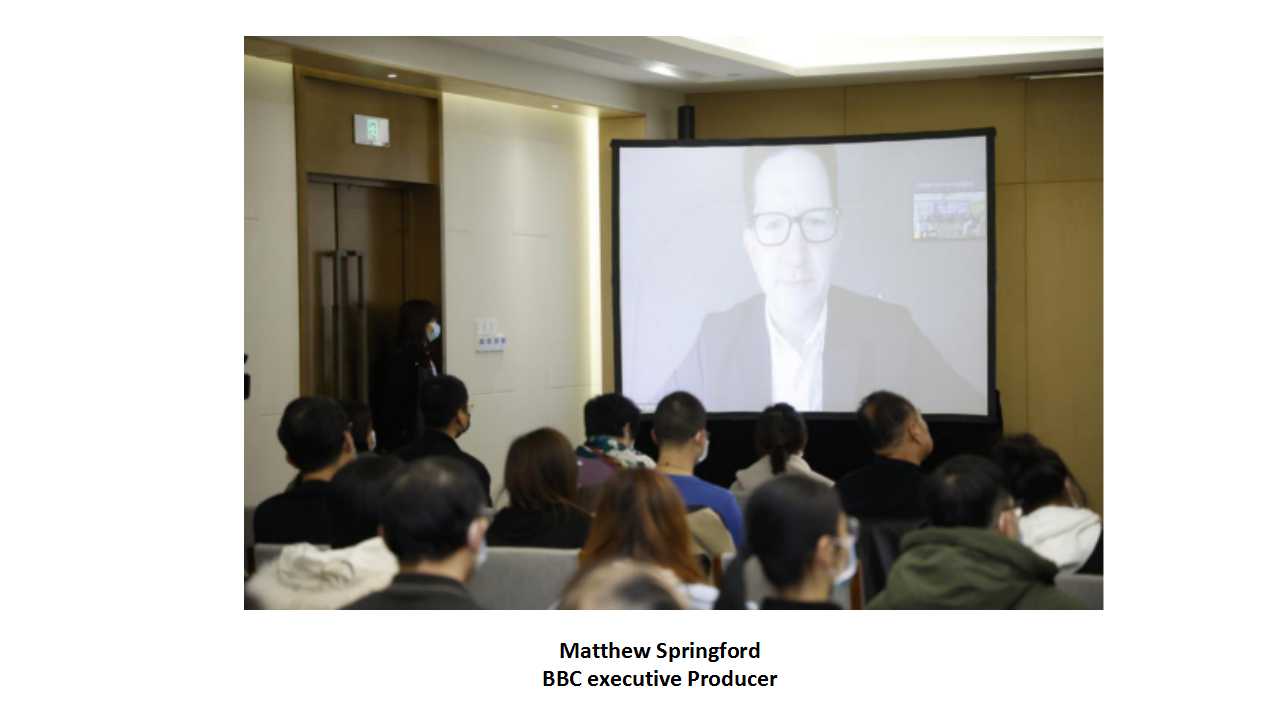 BBC executive Producer Matthew Springford said there are two challenges when working with China ..."how we tell China's story, and its relevance and practicality. The important thing about telling China's stories to the world is how we dig into those stories and give some real experts a voice in the film."
He believes that cultural programs are better when it comes to cross-cultural cooperation. Taking a documentary about tea as an example, he said, "Although it is a Chinese subject, all tea-drinking countries in the world can understand it." In addition, he felt topics related to natural science and human history were good subjects, because science is a universal language that everyone can understand. And concerning topics about human history..."because we are human beings, history has a natural attraction for us." He further states that there are "no different versions of documentaries, because our works are aimed at audiences throughout the world, and the specific differences are all technical ones. For example, Chinese audiences are used to subtitling, while English documentaries usually have no subtitling." 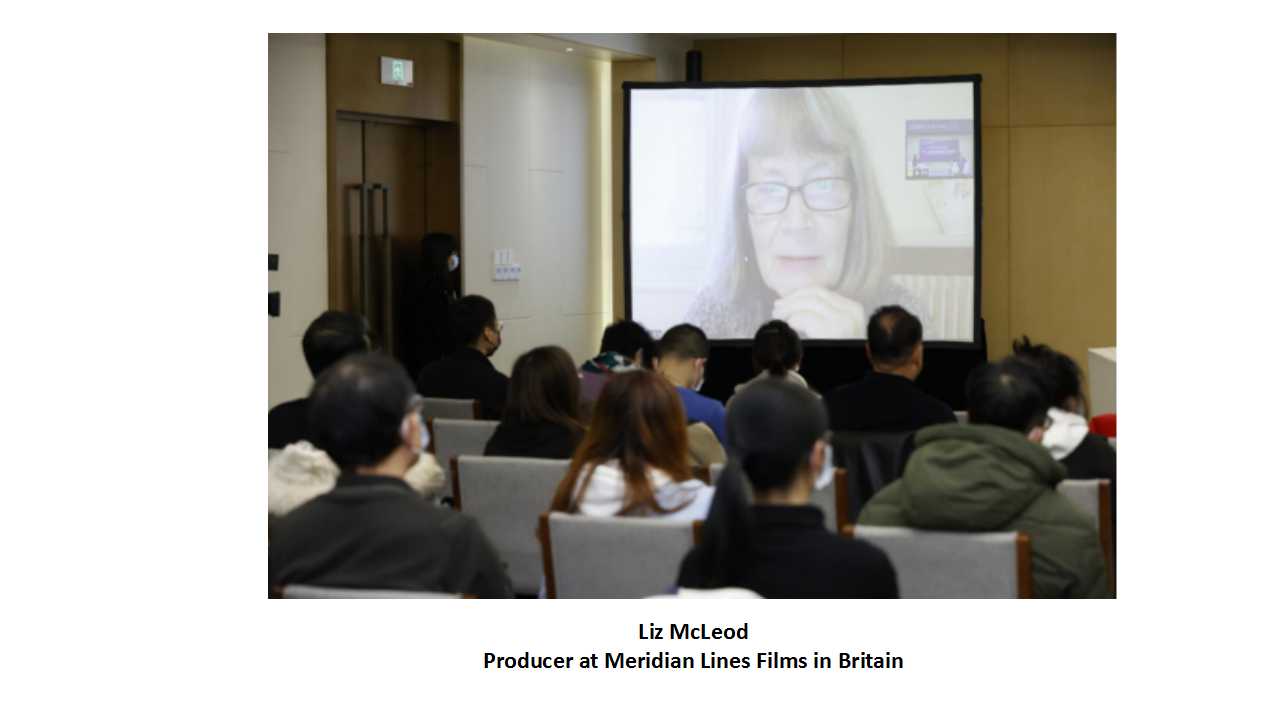 Liz McLeod, Producer at Meridian Lines Films in Britain, believes that there are two main points for successful international cross-cultural collaboration: the first is that the teams communicate instantly. Second concerns the communication between the producer and the international audience. She explains "We pay attention to the cultural experience and exploration, and experience life in the process together, thus the information we need is obtained organically."
In terms of subjects, she believes that all subjects can be filmed, but some countries are more sensitive to certain topics. For example, when presenting historical topics, different countries tend to show their own perspectives. If audiences want to see different perspectives, they need to see films from several countries. As for the differences between different versions, she said that they should suit the culture and national environment of the film. 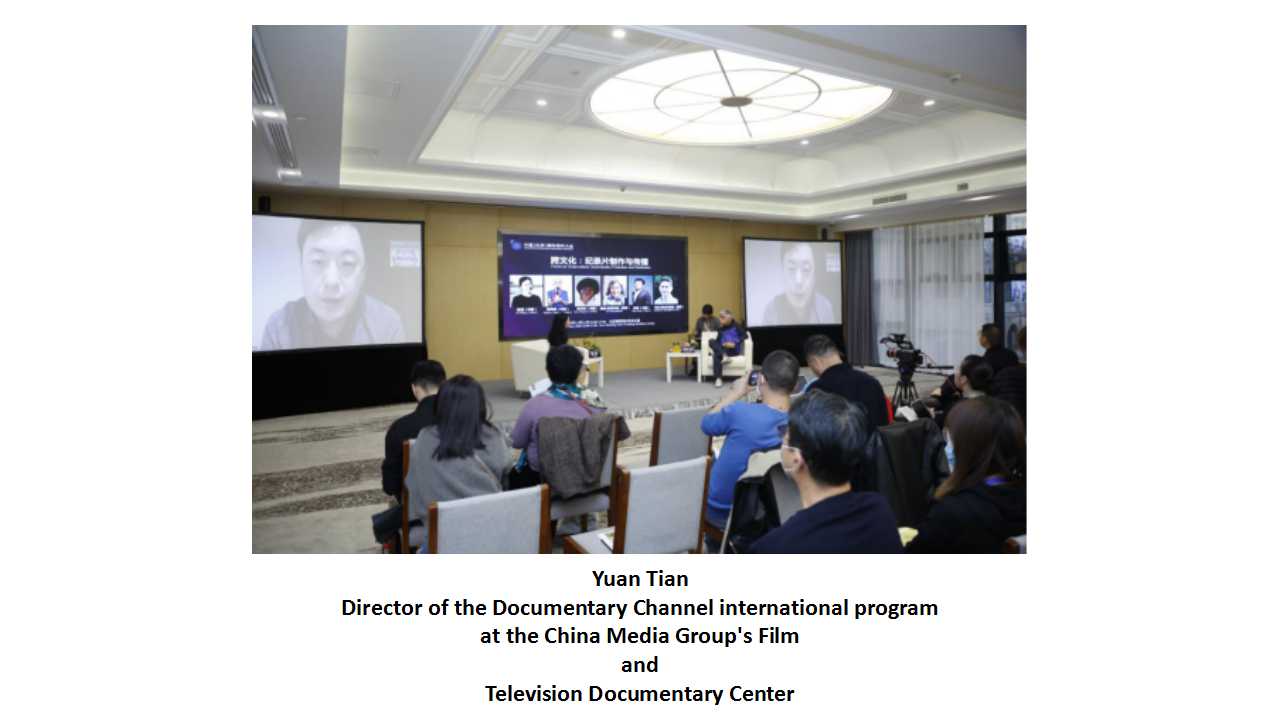 Yuan Tian, Director of the Documentary Channel international program at the China Media Group's Film and Television Documentary Center, said that from the perspective of international cooperation, the introduction of foreign films is, on the one hand, aimed to open a new window for our audiences. On the other hand, it acts as a supplement to domestic documentaries. So it's important to keep the material fresh, but also to find common knowledge, common feelings, and common values. For him it's not a question of whether something "fits" to a culture or people, but how it is presented.
He explains, that "for example, subjects like nature are particularly suitable as cross-cultural topics, because they have universal characteristics and are less likely to arouse the negative feelings from people from different cultural backgrounds." Over the course of its 10 years, the Documentary Channel has completed more than 30 international joint projects, with about 110 hours of content, with the focus on natural history and science. As concerns different versions of domestic and foreign content, he stated that "... in fact, it is necessary to adapt to the platform and adapt to the needs of the period; the main content remains same.

According to Shuyun Sun, Creative Director of EOS Films, trust is the biggest challenge in cross-cultural collaboration. In addition, communication is especially important. A good story must be told in a way that will please the audience. However, as a cross-cultural co-production, it is necessary to understand the interests of audiences and even advertisers. Therefore, the key point of cross-cultural topic selection is "to find a good story and a good entry point, and then stick to it." As for the differences in cross-cultural production, she said that different countries' versions may have a different emphasis, but the essence is the same. For example, in the domestic and international versions of A Year in Tibet, there are differences between the voice actors and the sound effects. The version is selected by the broadcasting platform according to the audience's viewing habits and preferences. In addition, she hopes there will be opportunities for more cooperation on projects in the future in today's global world.

The Golden Tree International Documentary Festival held the special events in Beijing via the conference's online platform and under the guidance of Beijing Municipal Bureau of Radio and Television. The aims were three-fold: to maintain on-going contact with the international documentary industry; to better understand the role of documentaries in international cultural exchanges; and to further deepen exchanges and cooperation with international industries.

In the Internet era, the influence of network technology on all walks of life is more profound than ever, and the documentary industry is also accelerating under the impetus of information technology. The Internet is bringing three noteworthy changes to the documentary industry: the Internet has changed the way viewers watch TV content; the network video has changed the mode of transmission; and there has been a subsequent change in the evaluation mode of documentaries. These three changes have had a deep impact on the production and dissemination of current documentaries.

At the forum, Chinese and foreign guests had an intensive dialogue covering three topics:
1. What has new media brought to documentaries?
2. What changes may happen when veteran documentary makers encounter new media? What will not change?
3. Looking ahead, how can documentaries and new media be better integrated?

Xianliang Zhu, a senior consultant of Bilibili company, believes that as far as the company  is concerned, all of these changes are actually bringing younger audiences more diverse topics, more creative outlets and, are at the same time, bringing more unique communication to the documentary genre. As a documentary maker, he stressed that his love of his documentary career is the only thing that remains unchanged in the Internet era, and he expects that documentary, new media and traditional media will be better integrated in the future.

Lexian Zhu, director of Tencent Video Documentary Studio, believes that new media brings more users to documentaries, changes the communication environment, and enhances the interactivity, bringing innovations in form and content narration. But the pursuit of quality content has not changed. We can look forward to productive cooperation between documentary makers and new media in the future. Through high-quality documentaries, we can convey our shared values.

Thomas Fricke, executive chairman of AG DOK, says that new media has moved rapidly in recent years and it has done so much to change our industry. Documentaries have emerged as new formats. At present, the biggest change is that we are no longer bound to the TV stations to make documentaries. Instead, filmmakers can choose their own partners. At the same time, the market also needs good stories and good producers. In the Internet era, the documentary industry is undergoing fundamental changes. From the perspective of audience behavior, more young people are watching documentaries today, and new media also means new opportunities for all of us.

George Kurian, celebrated documentary filmmaker from India, says that new media brings three main changes: new audiences, new content and new technology. New media has expanded the audience, and more young people are starting to watch documentaries. New technology has dramatically changed the way documentaries are presented, but the original intention of making documentaries -- to record real stories -- remains the same. In the era of new media, filmmakers should consider how to make documentaries with new technologies and how to protect the traditional connotation of documentaries.
The year 2020 was an extraordinary year. We need more communication, more integration and more dialogue."

Professor Tongdao Zhang concluded, "Today's forum is a dialogue between civilizations. Although new technology has brought some changes to documentaries, what will never change is human's observation of world civilization."

The Forum attracted nearly 100 domestic experts, documentary scholars and industry professionals to the site, and conducted online and offline dialogues with experts.