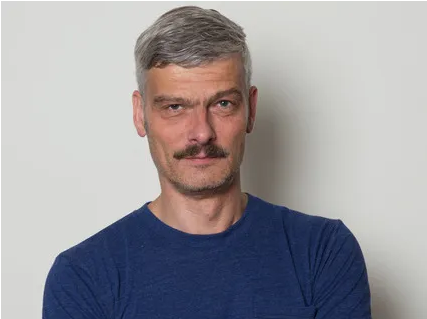 Writer, Filmmaker, Film Curator
Andreas Struck curates film and video programmes for festivals and exhibitions producedby the Goethe-Institut throughout the world.
Furthermore he  is responsible for European Film Promotion's “Europe! Voices of Women in Film” initiative at the Sydney Film Festival.
Struck was born in Cologne in 1965. He studied comparative literature in Bonn and Berlin and already directed his first theatre play whilst still a student. After attending a private drama school he worked as assistant director for Hans Neuenfels at the Schauspielhaus in
Hamburg and the Burgtheater in Vienna. In 1991, Struck met Derek Jarman and assisted him during the filming of Edward II and Wittgenstein.
He then began developing film projects of his own. Andreas Struck has written and directed several films for the cinema. His debut film, Chill
Out, celebrated its world premiere in Panorama in 2000 and went on to screen at numerous festivals around the world. His feature film Sugar
Orange won the German Independence Award for Best German Film at the 2004 Oldenburg International Film Festival.
For the Panorama section at the Berlin International Film Festival he worked since the
early 1990s in roles including that of moderator. In 2006 he became programme advisor at
Panorama before he joined the curatorial team from 2017 to 2019. Ian Birnie is a Canadian-born film professional with experience in script development, cultural and festival programming,
and film marketing and distribution. The former Curator of Film and Director of the Film Department at the Los Angeles County
Museum of Art (1996 -2010) Mr. Birnie’s prior positions include Director of Distribution for Janus Films (NYC), Head of
English-language Script Development for Telefilm Canada (Toronto), Cultural Attaché for the Government of Ontario (NYC)
and Project Director for European Film Promotion (Hamburg). He has been a programmer for the Toronto, Bangkok, Palm
Springs, and Perugia Film Festivals and has served on film juries at the Berlin, Hamptons, Abu Dhabi and Geneva Film Festivals.
He is currently the U.S. Representative for the Mumbai International Film Festival in India, and Program Director for the Louisiana
International Film Festival in Baton Rouge. Patricia Guimarães is a Documentary, Fiction and Non Fiction Television Series and Shows Director.  And an audiovisual content creator.
She has a Bachelor Degree and Master Degree in Social Sciences and a PHD in Social Anthropology. She specialized in Visual
Anthropology at EHESS - FR under the supervision of Jean Rouch from Nanterre University - FR
In 1996 she returned to Brazil and became a Professor of Visual Anthropology and Documentary Theories at the  Catholic
University of Rio de Janeiro -  PUC.During her tenure at the University she was invited to be part of Eduardo Coutinho´s  creativity team.
Her award-winning short documentary film called Pombagira was presented at Berlinale - on the 49th Berlin International Film Festival.
In 1998 she entered Globo Group as a screenwriter and a TV series Director.
Since 2015  Patricia has been working as independent director and creator of a different range in audiovisual projects. Among them the documentary series" Live with Faith" streamed at  Globo TV pay per view channel. (GNT). She co-authored a book called "Live with Faith: Stories of those who believe" Patricia currently directs the non fiction TV show on composer and singer Gilberto Gil and is also
working on a new musical series on Brazilian Country Music´s great singers.
The documentarist point of view plus her sensible way in building visual  sequences  are both  a notable mark of her work and creative processes. 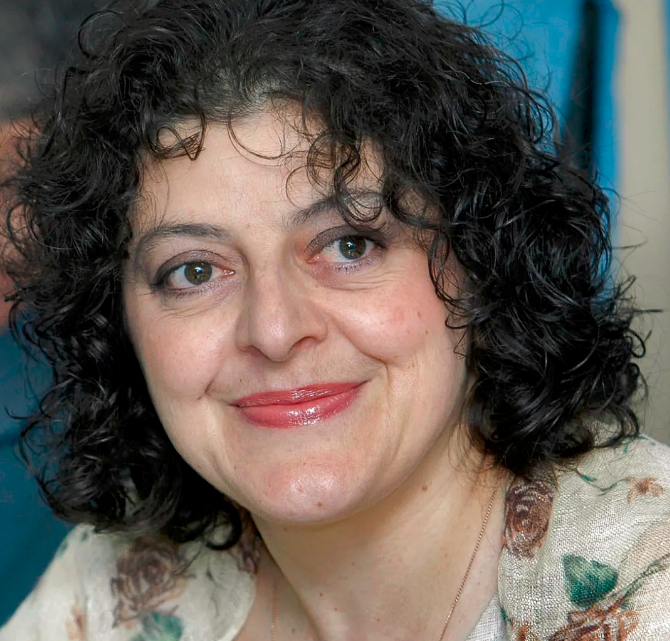 Susanna Harutyunyan（Armenia）
Film Critic,Co-founder and International Programs Manager at the GOLDEN APRICOT Yerevan International Film Festival
Susanna Harutyunyan has been graduated from the Department of Film Criticism at Moscow State Cinema Institute (VGIK) in 1987.
Since then she was film-observer and cultural editor of various public-political and professional newspapers and magazines. She published more than 500 articles in Armenia and abroad. She was an editor-in-chief of Armenian Cinema: 1924-2009 trilingual catalog (2009).
Since 1996 she is the president of Armenia’s Association of Film Critics and Cinema Journalists (the Armenian National Section of FIPRESCI).
She is the co-founder of the Golden Apricot Yerevan International Film Festival (GAIFF) and from 2003-2018 she was GAIFF’s Artistic Director.
Since 2016 she is appointed representative of Armenia to Eurimages.
Susanna Harutyunyan has been a jury member (including FIPRESCI juries) at numbers of international film festivals – Berlinale, Cottbus IFF,VIENNALE, Karlovy Vary IFF, Venice IFF, Locarno IFF, Rotterdam IFF, Moscow IFF, Pusan IFF, Vilnius IFF, Tbilisi IFF, and etc.
She is a member of numbers of international organizations, including Journalists’ Union of Armenia (since 1986); Fédération Internationale de la Presse Cinématographique – FIPRESCI (since 1997); The European Film Academy (since 2012), and etc.
Susanna Harutyunyan is Honourable Professor of the Yerevan State Institute for Theatre and Cinema (since 2013) and Honoured
Art Worker of the Republic of Armenia (since 2013). Peter Murdmaa, a broad-profile filmmaker, short film distributor, programmer  and visionary.
He has participated in making documentaries as a cinematographer as well a director, also produced short films in fiction.
In 2013, Peter Murdmaa was the organizer and director of Sleepwalkers, the international short film festival, which heightened
his commitment in further developing the field of short films.
Since then he has been jury member, panelist, pitching trainer or moderator around the world.
At 2018 he was being invited to become member of European Film Academy. a television and film producer, with educational background in music and film.
For over twenty years she has worked on various film production stages – from assistant to producer. For the last twenty  years she has been independent cinema and TV producer, producing feature films, documentaries and TV series, which have been recognised at international festivals and shown on Lithuanian and foreign cinema and television screens. The documentaries The Age of Czeslaw Milosz The Culture of Lithuania’s Poles, Sisters Chodakowski. Lithuanian case were sold to TVP, Poland, Romas, Tomas and Joseph ( documentary about Josif Brodsky) was sold do Russian state television Rossija Kultura . Social documentary Alcofootball was sold to YLE TV ( Finland). All documentaries, including  historical  Lituanie, my Freedom and Tumas’s codex was shown in Chikago Lithuanian fim festival. Feature drama Narcissus, won the best screenplay award in Southampton IFF (Great Britain), and Crow Lake won the best director award in Olympia IFF (Greece), special mention in Lucas film festival ( Germany) and was sold to USA, Poland. From 2006 until now Teresa is producer of  weekly TV show Lithuania in our lips – about the history of Lithuanian language. He has extensive knowledge of art history and film and has worked for many cultural institutions and projects in Burkina Faso.
The African section of several major film festivals planned. He has been the art director of The African Film Festival since 2007.
上一篇：Rules 上一篇：：Forum Dialogue