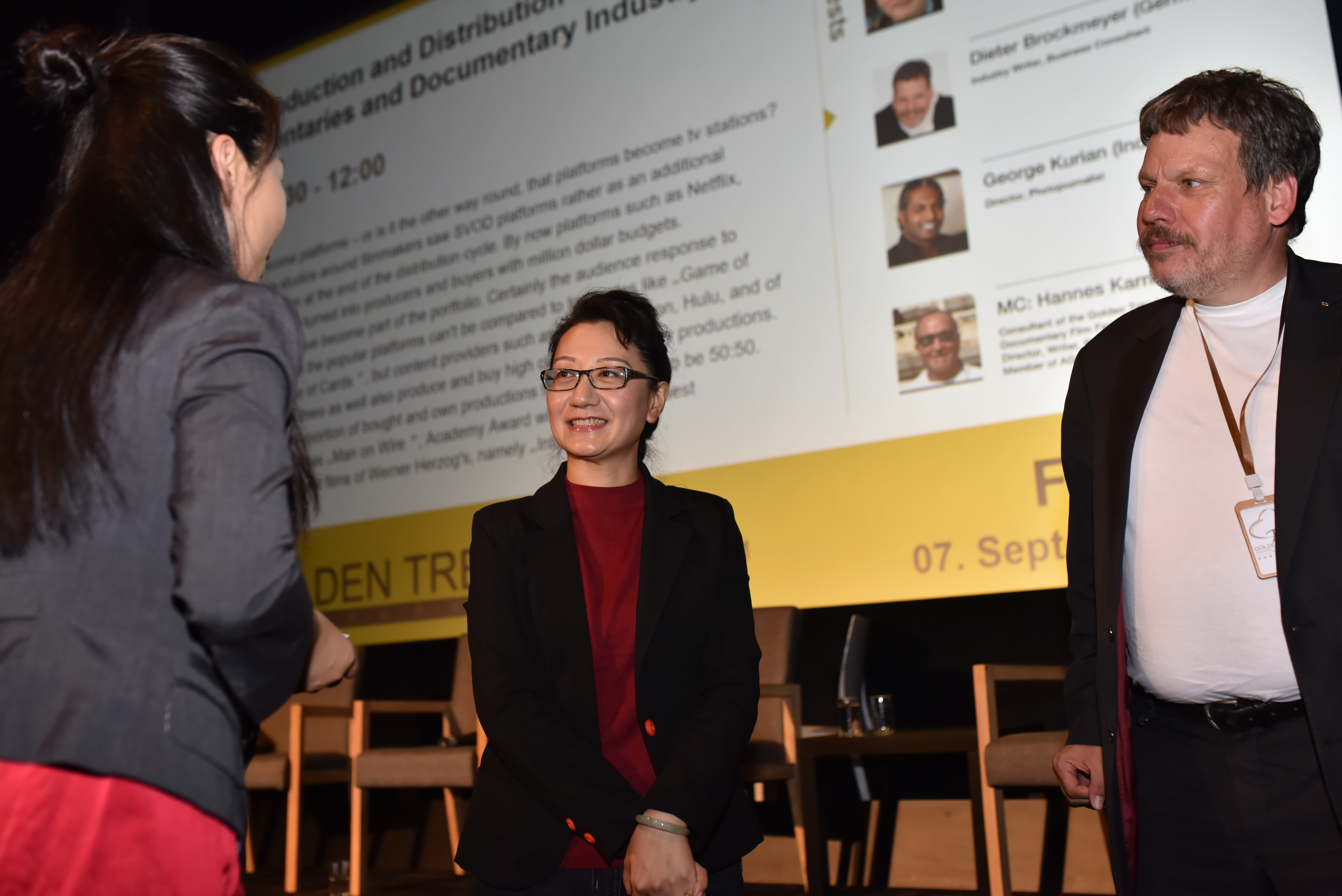 In the beginning studios around filmmakers saw SVOD platforms rather as an additional means of distribution at the end of the distribution cycle. By now platforms such as Netflix, Amazon, Apple have turned into producers and buyers with million dollars budgets. Documentary films have become part of the portfolio. Certainly the audience response to documentary films on the popular platforms can't be compared to top series like „Game of Thrones“ or „House of Cards“, but content providers such as Netflix, Amazon, Hulu, and of late Facebook and Vimeo as well also produce and buy high class documentary productions. At the moment the proportion of bought and own productions for Netflix is said to be 50:50. Among others Netflix has „Man on Wire“, Academy Award winner 2009 for „Best Documentary Film“ and films of Werner Herzog's, namely „Into the Inferno“.